The renovation of Gordon Ramsay’s £7million London mansion has dragged on for almost a year now as workers have to use handheld tools.

The television chief obtained planning permission last July to extend his basement, including an en-suite bedroom, while transforming the entire interior, including a master bedroom with dressing room, which takes up an entire floor.

But the 55-year-old’s construction crew were unable to start work until September and were also limited to ‘non-mechanical’ tools for parts of the property, which is in a conservation area and surrounded by historic trees.

A massive Purple Beach tree in the front of the house is under a tree preservation order and the trees in the back garden are in root protection zones.

A tree survey indicates that work around these areas should be “undertaken separately from construction, manually and with sensitivity”. Any demolition or excavation work must be “undertaken manually with portable non-mechanical tools”.

All ‘construction staff’ should receive ‘initiation’ on how to work around valuable trees. 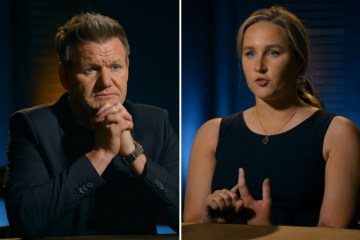 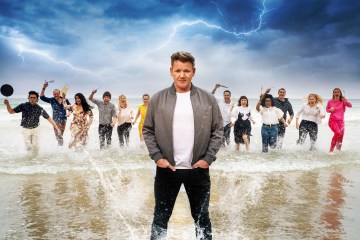 The Burning Star is also doing its part to save on utility bills, as “new energy-efficient lighting will improve energy conservation” and “new insulation and glazing will help with fuel conservation,” according to the planning request.

It has been reported that Gordon and his family have moved and are staying in a luxury £12,000-a-month apartment in the nearby south London development.

The existing ground floor extension is being demolished for a modern, predominantly glass design, housing an open plan kitchen, living and dining area.

The first floor, which once had three bedrooms, will now have a “super-bedroom” covering the entire floor with a dressing room – and is as large as the bedroom itself. It will have two adjoining bathrooms.

The second floor will have three en-suite bedrooms.

This will add 76 square meters to the house, with work not expected to be completed until December.

Caring Gordon even consulted his next-door neighbors – with his architect stating: ‘Meetings have been held with the owners to discuss the proposals and no negative comments have been received.’